The Desktop UI node is used to automate the user interface of any desktop application.

In Upload Statements HyperApp, the user actions for uploading the files in an Advisor Desktop Application are automated using Desktop UI node.

In the Notepad application, hover and press Ctrl key on File, Open, File name, Open, and Save options to record them. 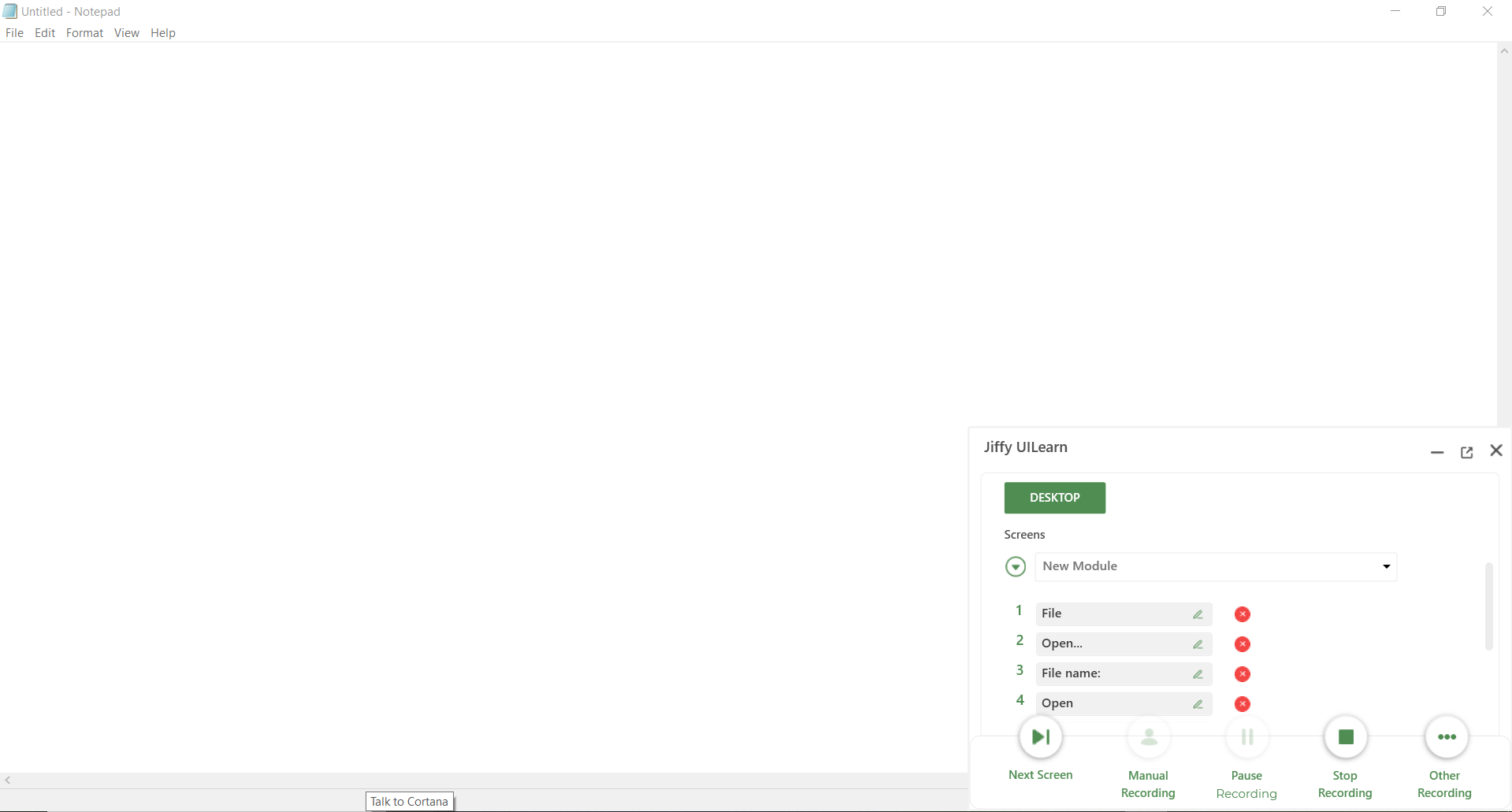 All the recorded UI Controls and actions are auto-listed in Actions tab, where you can modify actions as per automation flow.

All Input/Local variables created for the node are displayed under Variables tab.

All Default and Custom DataTables created in the Task are displayed under Table Definitions tab.

After executing task, Result of Execution window is displayed with the following tabs.

Did you find what you were looking for?
Thanks for your feedback!
We are sorry to hear that
How can we improve it?